Remember that horrible magenta feature wall I was telling you about in my teenage bedroom (that my sister painted, okay, it wasn’t me who chose the colours, I was a very mature 13 year old that decided on Antique White for my bedroom before we swapped)? IT’S GONE. BECAUSE I PAINTED IT. I swore I would.

And I thought while we’re at it, I might give the room a bit of a spruce up. Ready for the new carpet my parents have PROMISED (it’s in writing now, parents) will be coming soon.

Hold on to your eyeballs everybody, lest they explode from excitement….

The painting is the original painting, just with a (heavily, heavily Anya Brock* influenced) budgie painted over it so I could keep the drips. I kept the bed, the bedside tables, the record player stand and the lamps, but that bookcase was unnecessarily large and dark. So it had to go.

The rug was slightly too large for my growed up bedroom back in Melbourne, so I transferred it down here where it’s just the right size.

It’s got the Frankie tick of approval.

*EVERYONE GET ON BOARD WITH ANYA BROCK. I’ve mentioned it a few times now. Of course I would’ve loved to just buy an original of hers, but when your morning Starbucks tips your bank account over into the negatives, it’s just not really an option, so this will have to do until I can afford a bright and happy Anya original. 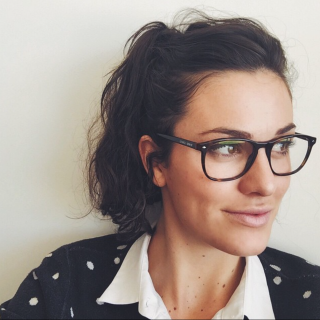